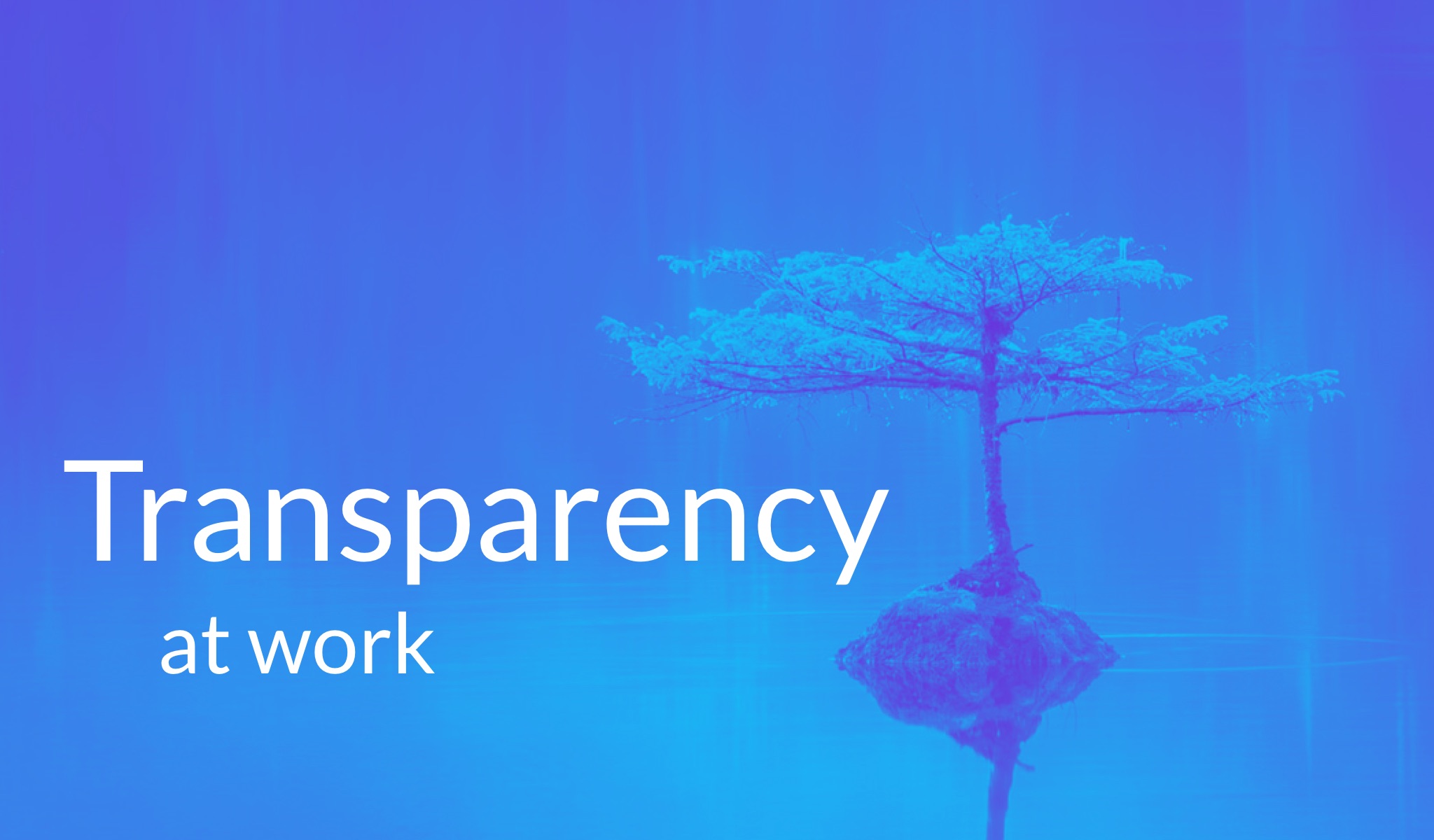 Naked at Work: How Radical Transparency Changes the Game

Most of us would agree that transparency is a good thing. Yet somehow, not only did we get used to its absence at work, but most people would even find it borderline “inappropriate”. What is the price we pay, and how can we reclaim it?

How comfortable are you with…

For most people, this will trigger at least a mild discomfort.

Now think about some typical causes for frustrations at work:

For some reason, we learned to accept them as facts of life in almost any organization.

This is exactly what two visionary leaders of very different companies did, when decided to adopt radical transparency as a foundational principal for their companies:

What do they benefit from it, what are the challenges they face, and of course — the billion dollar question: will it work for you?

We’ll look into these questions, but first let’s take a look at some examples of how they chose to bake transparency into their cultures:

The “no more secrets” dashboard:

Buffer has a public dashboard that includes information you’ll normally get fired for disclosing in most companies. Contents include: 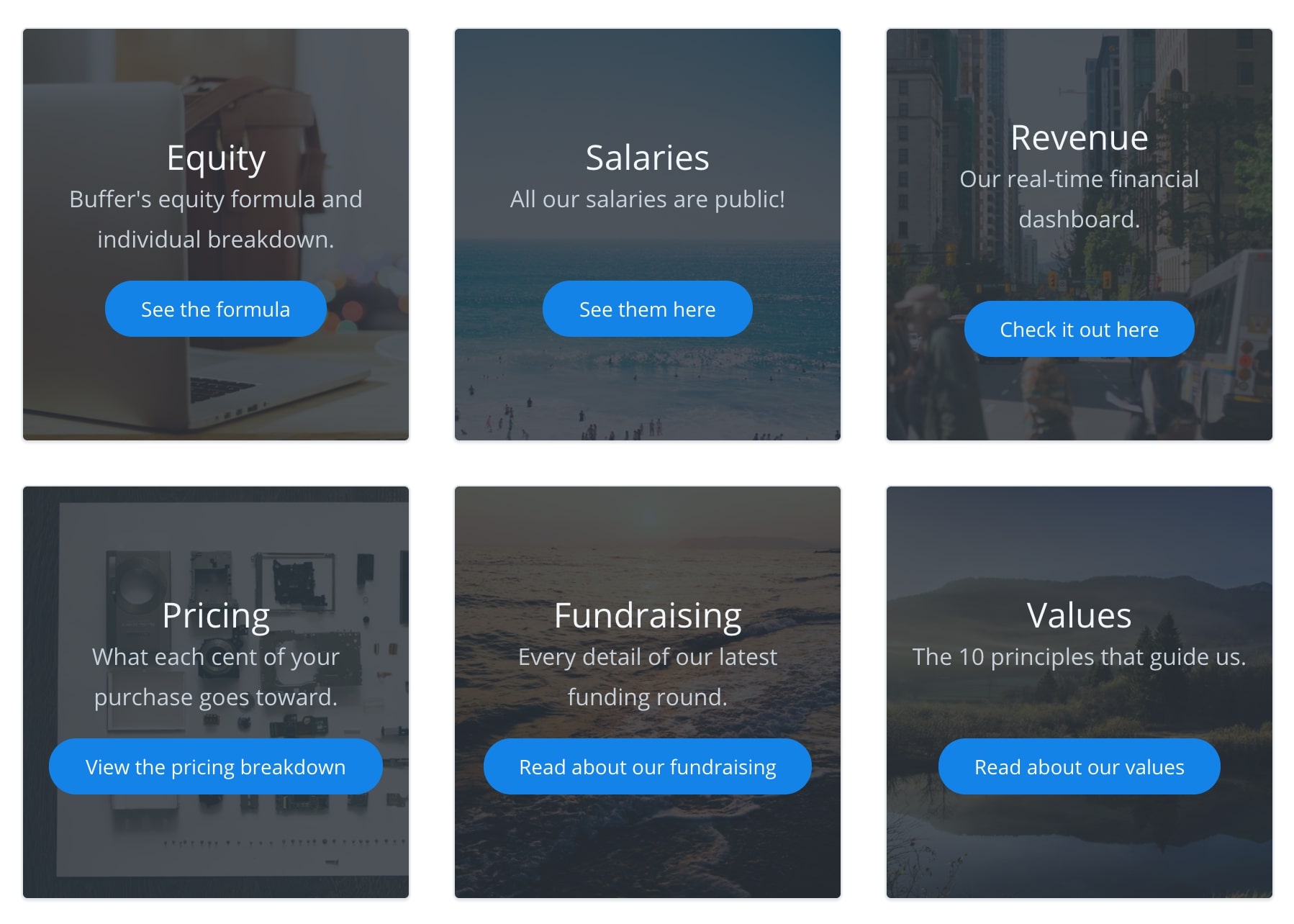 Again — this is public information, not just internally. Within the company you can also read any email ever sent inside the company.

Yep, no need to scan long (and sometimes mistakenly) forwarded email threads to get some juicy, behind the scenes insights.

The logic *behind* the decisions:

Unlimited access to data is one thing, but exposing the thinking process behind the decisions has additional value beyond fairness and inclusion: it teaches people *how to think*.

It models how you would want decisions to be made in all part of the organization.

There is also another benefit from knowing the process will be shared: you’re forced to give it the serious thought it it deserves, and be open for others to question it. In the example below — you can see the difficult choices they had to make when forced to layoff some people. 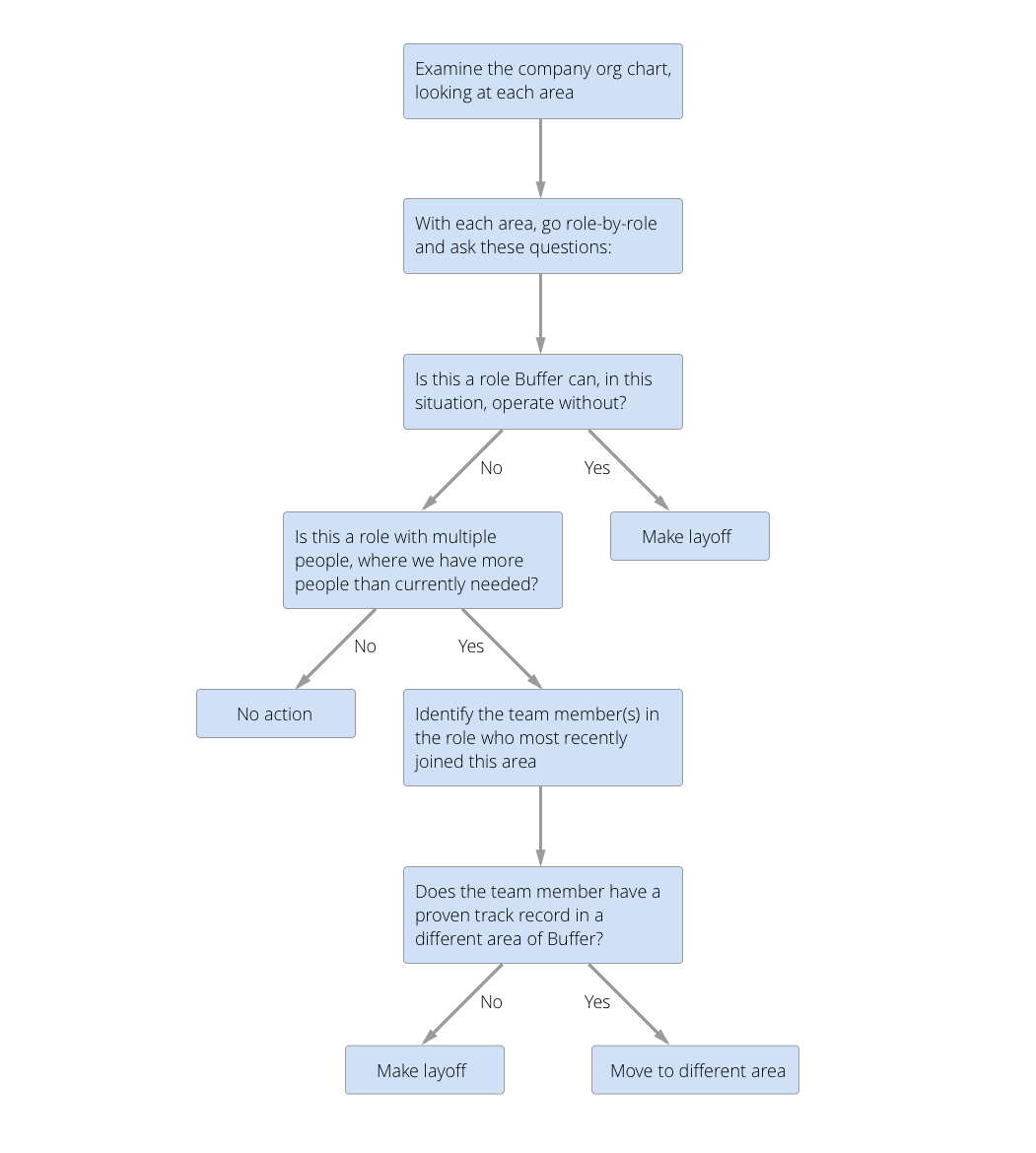 You don’t see such level of openness into the gut of a company going through such a painful process every day. The full article on that process is a fascinating read.

Dude, did you just left-swipe the CEO?

At Bridgewater, Ray Dalio’s obsession with measurement and prediction accuracy led to the development of an iPad app called “Dots”.

Anyone in the company regularly rate each other across 100+ attributes on a 1–10 scale. 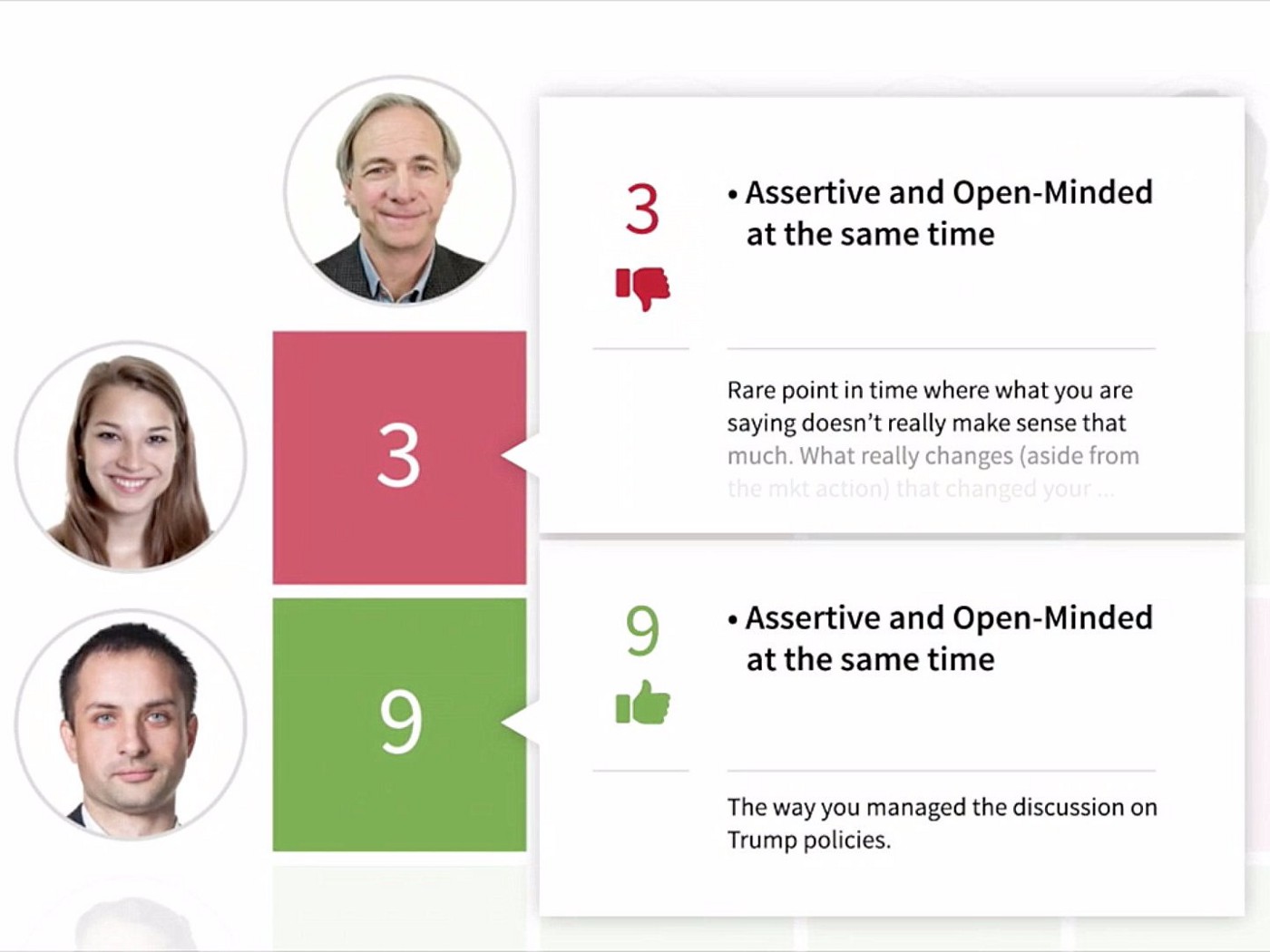 Since every new decision is comprised of different attributes, and every employee demonstrates strengths in different areas — the CEO’s role has no special voting power in any decision he didn’t demonstrate strength in.

Put it simply: an intern with consistently high ratings in a certain topic, can override the CEO’s opinion without causing the slightest confrontation.

This system forces a level of openness and transparency that most people will find at least mildly uncomfortable, but helped Bridgewater consistently up their game. They plan to offer the system as a product for other companies as well.

Which ever tools or systems you put to support transparency, there are many benefits worth paying attention to:

It’s also good to be mindful of some challenges:

While transparency is a noble value, it is usually not a goal by itself, but serves as means to an end.

In the case of Bridgewater (Ray Dalio), the higher goal is achieving an ultimate meritocracy.

For Buffer (Joel Gascoigne), it is a way to attract and retain like minded people, and a guiding light for leadership.

The difference in inner drive led them to focus on different ways in manifesting transparency, and there’s a lot to learn from both paths.

Will it work for you?

In a recent interview, Ray Dalio (Bridgewater) sums it up nicely:

…at the end, the question is: can you be really honest with each other? Can you accept reality as it is?

These questions may sound simple, but reflecting on how deeply your behaviors and interaction must change for an honest “yes”, is a whole different story.

It takes courage to question the way you have been thinking and working for decades, especially if that turned out pretty well so far.

To commit for growth, at the cost of putting yourself and others in uncomfortable situations.

To hold yourself and others to higher standards.

These are the real tests of leadership.

Putting on the Radical Transparency hat isn’t for everyone, that’s for sure, but nothing should stop you from taking just a few steps towards more transparency.

How about starting by publishing internally the protocols of all board meetings?

Do you think people will appreciate the inclusion and trust? Does the idea scare/excite you? I hope it does.

Life begins at the end of your comfort zone.

We could all use a little less darkness and little more transparency. Take a step. You know you want to.

See you on the other side?