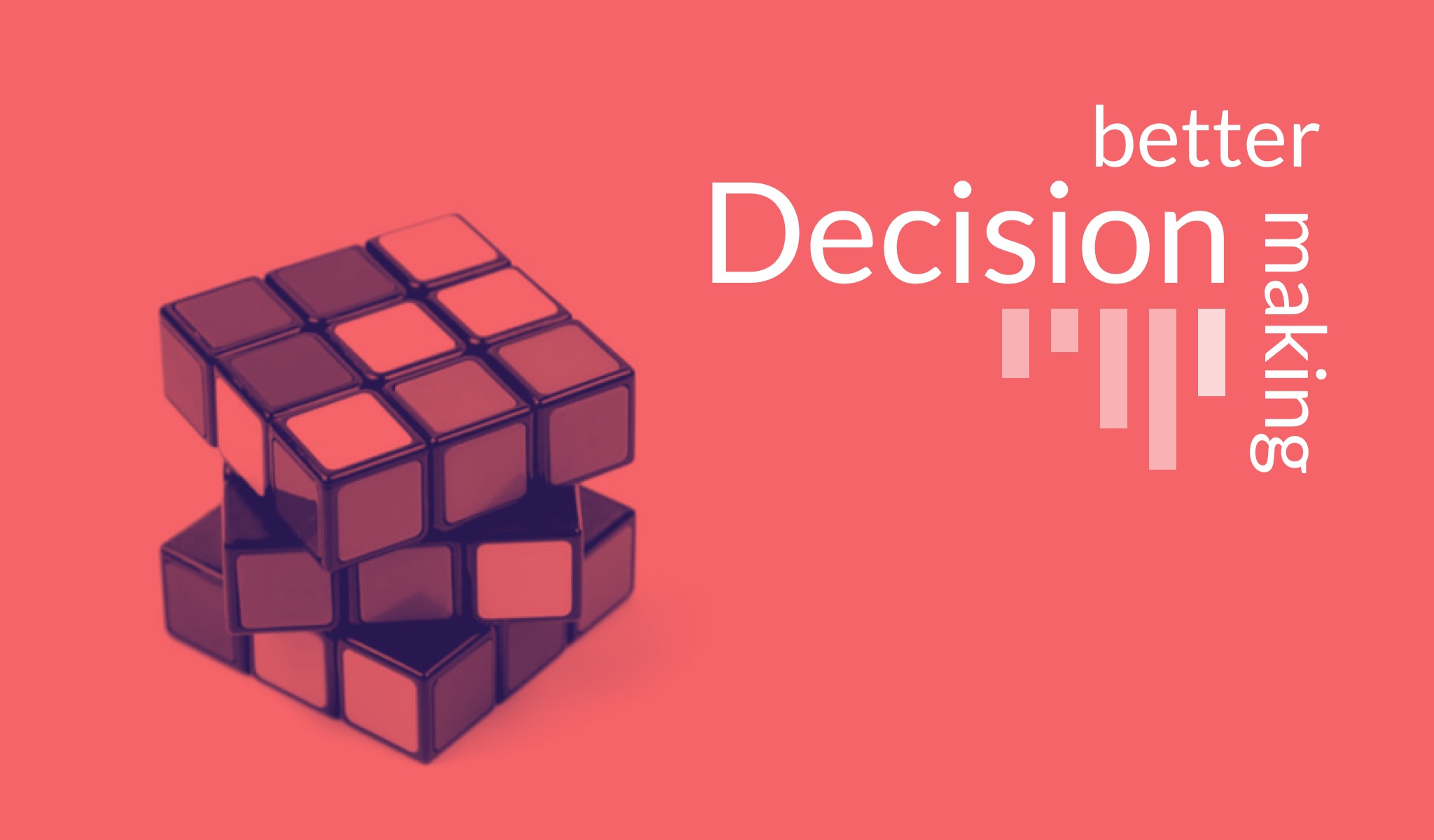 What blinds us from improving our decision making?

How good are you at making decisions?

Sure, experience in the domain in question may help, but there’s a bigger obstacle that is often preventing us from forming the right conclusions from our past experiences.

If you’re interested in improving your decision-making skills, it’s time to face the trap of outcome bias.

Our ability to get better in just about anything, relies on 2 key elements:

This loop works extremely well, when there is a clear connection between cause and effect.

However, when it comes to decision-making at work, we often operate in a more complex environment with higher level of uncertainty.

Our brains are fantastic at ignoring complexity and jumping the simplest explanation available:

if the outcome was positive: we’ll consider it a good decision, Negative outcome? Clearly a lame one.

The problem is that by discounting many other factors that influence the result - we severally compromises our ability to correctly identify flows in our decision making process.

Entire careers have been built, or ruined, based on a sequence of outcomes that were attributed to either the brilliance or stupidity of a decision-maker.

Now… before you get carried away with thoughts about some of your coworkers, let’s go back to you.

Have you ever made a decision that everybody thought was wrong, but turned out to be brilliant? (hold on with that grin).

The sneaky outcome bias will fool you to believe it is you that was brilliant, regardless of how foolish the actual decision was.

But wait, it gets even worse!How fairly are you judging other people’s decisions?

Let’s take a look at a study performed at the University of Pennsylvania, asking participants to evaluate the competence & quality of decisions made by professionals in various contexts.

Participants were asked to evaluate the quality of decisions using the same (limited) information that was available to the decision maker at that time. But! Just to make things more interesting: they added a tiny spoiler: Some participants were told the outcome of the decision was positive, while others were told it ended negatively. The results? Looking at exactly the same information a decision maker was facing: 44% considered a decision as good, when they were told the outcome was positive. But only 9% considered the same decision as a good one, when it was associated with a negative outcome.

Evidently, more often than not - we let the outcome bias blind us and dictate what lessons we learn from it.Why is this so important?

Some of the most consequential decisions at work are around people: Who should we hire, promote, or even fire.

Assessing people’s competence relies greatly on our perception of their judgment calls, which we now know, is extremely unreliable by default.

Here are a few steps to reduce *our own* outcome bias:

Reflecting on our decision process should include 4 key aspects: People, Information, Ownership, and External influences.

People: Who was involved, and what opinions were represented

Information: Focus on what was available at the time of the decision:

Ownership: Did we assign the right people to make that decision?

External influences: Was there any other factor that skewed our decision?

This reflection is an invaluable learning opportunity helping us improve the quality of our decisions. Bottom line: Complexity and luck will always play a part in how things turn out. Blindly focusing on outcomes can severely cloud our judgement. Avoid over-congratulating someone just for getting it right, or hanging someone who got it wrong.

Instead, shift your attention to the process, seek to improve it after every major decision, and model this behavior for others, so they can improve as well.

And the best part: it will also help you reduce office politics, blame culture, and rewarding the wrong people.