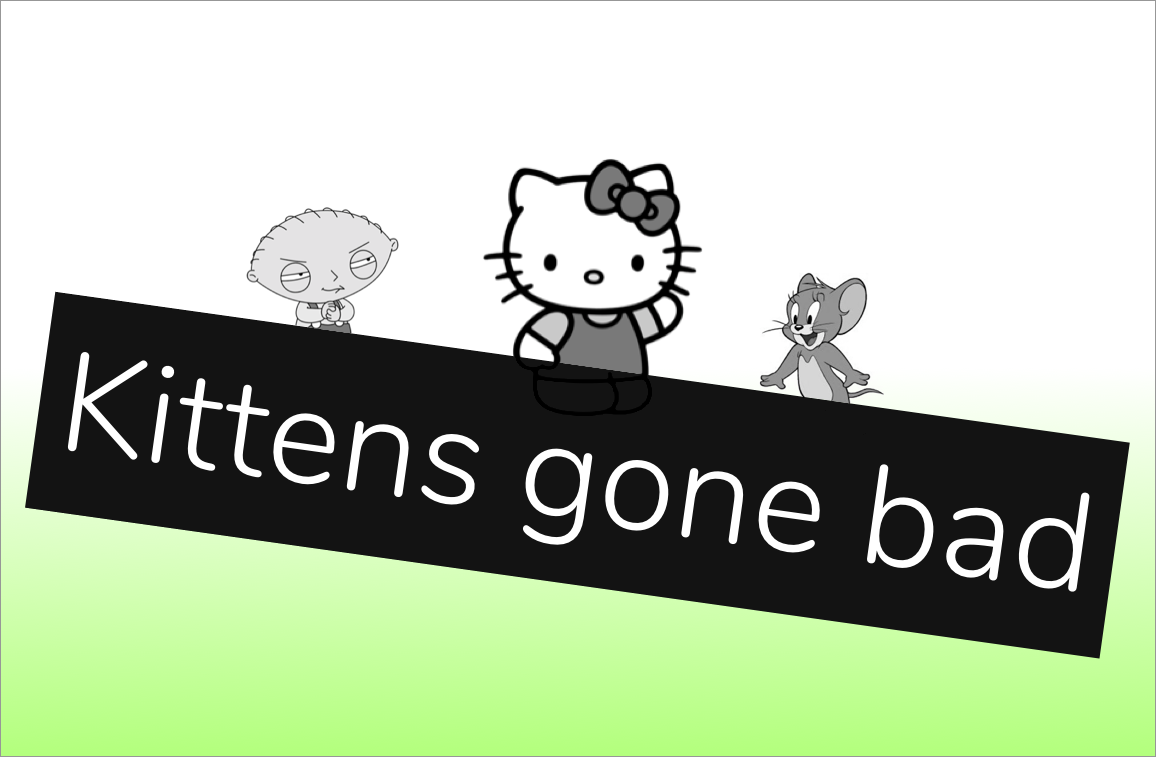 What killed Hello Kitty (and other brilliant ideas)?

I got it wrong. For a long time.

I was in love with the dopamine rush you get when you finally come up with a brilliant solution to a tough problem. That moment when you shout “of course!” In an empty room. “How didn’t we think about this earlier?”.

I kept looking for the right formula, the best workshop exercise, the ultimate whiteboard Jedi tricks that would provoke the best ideas.

Apparently Victor Hugo got it wrong as well.
Being in a good company is at least some comfort.

Ideas are magical, which also makes them illusive and fragile.

The more interesting the idea, the bigger expectations it generates, and the more painful a failure can feel.

A few years ago I worked on a digital transformation project for a Fortune 500 company. We were tasked with building a pipeline of new possible products: identify opportunities, assess the potential, validate the needs, and prototype the solutions.

It wasn’t just ideation though: we then pulled our sleeves up, picked the most promising 3 ideas and proceeded to build an MVP out of each.

Taking these baby ideas out of the cradle, get them on their feet, prototype, test, iterate, and finally releasing them to pilot customers.

The stakes were high, expectations through the roof, and after several fun & exhausting weeks we had ideas that their time has come, so nothing was going to stop us now (right Hugo?)

Things, as you will see below, did not develop exactly as we anticipated.

But it taught me an important lesson on the value of ideas, what it takes to realize them, and yes, something about kittens 🙀

To protect the innocent (and make it easier to share this story), let’s use some stage names for the three teams we worked with:

We worked diligently with the assembled teams to find promising game changers for their industries.

This tends to be the most exciting part, where most companies, consultants, and anyone facing a big challenge, is spending a lot of time & energy.

At the end of several weeks of exploration and ideation, we finally nailed it.

Yet not all ideas are created equal, and I here’s how they faired in this phase:

Things looked pretty promising for our dear Kitty team, and we all could not help but guessing this will be the biggest winner here. After all, having a brilliant idea, backed by validated market potential and initial feedback from customers!

As the project progressed, we encountered a slow but steady decline in the how well things developed in our Kittens lab. Nothing seemed wrong with the approach, the market hasn’t changed, yet something was off. No new insights were emerging, no course corrections, and the level of energy just didn’t meet what you would expect from such an initial big promise:

And as you can see from the extremely scientific graph above, it only got worse for the Kittens, with Jerry doing better and Stewie totally taking everyone by surprise, through a rocky start and a roller coaster journey.

In fact, team Stewie delivered a product that was just killing it. Big time.

While you’re running sprints and putting off fires, it can be hard to properly pause and think. It took a deeper reflection process later on to zero-in on the conditions and attributes that in hindsight contributed to the surprising outcomes we saw.

Act 3: The devil is in the details

You cannot overestimate the unimportance of practically everything
— John Maxwell

The best conditions in the world: an amazing idea, access to resources, talent and time — will not compensate for problematic mindsets and culture.

More specifically, here’s what really stood out, differentiating the teams:

You can clearly see where Stewie shines here, especially in contrast with the other two:

All of these were painfully missing at the Kittens team: group think, not questioning decisions, most disagreements happened behind the back, and outside the team room, and we basically had to beg for people to take ownership on tasks.

This was a magnificent (and painful) demonstration on how culture eats ideas for breakfast: 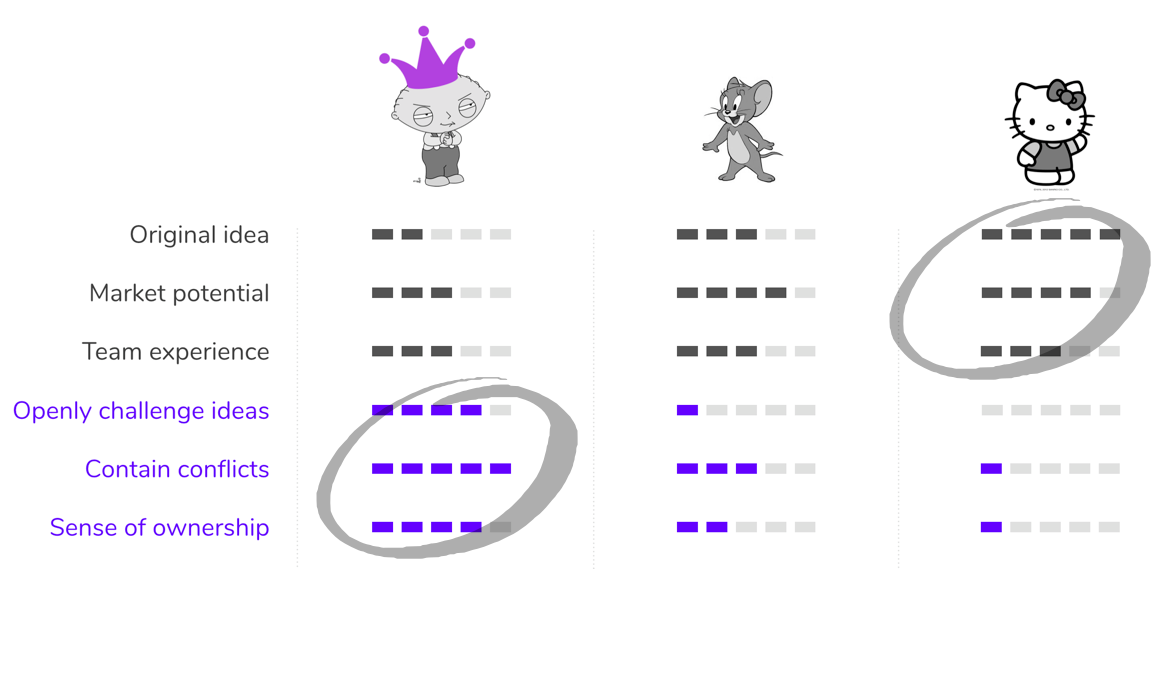 The more I reflected on this, the more it explained other projects in other companies, big and small.

You simply can’t throw big, exciting ideas, no matter how innovative, validated, and perfectly timed they might be, to the hands of teams that did not have the chance to build the right culture and right mindsets.

It requires us to face reality and admit that:

It’s somewhat comforting that at least we know what drives the right culture:

Something fascinating happens when, after a lot of hard work, these conditions mature:

It will cost you time and dedication to get there.
It will not be a smooth sail,
and will most certainly not fit everyone working in your company today.

But if you look past the performance of the next quarter or two, if you really want to build a company that can innovate, adapt, and stay relevant — you can’t afford not to take this path.

I was wrong.
So was Hugo,
and that almost killed some innocent kittens.

Don’t let that happen to you.

This article was originally published on [Medium’s The Startup collective][https://medium.com/swlh/what-killed-hello-kitty-and-other-brilliant-ideas-199d4df31add], by Yanay Zohar.